AND HERE'S THE DEPOT!

A BIT ABOUT ME

There's an old saying, "Bloom where you're planted." I bloomed in Griffith, Indiana, the hometown of my heart.

A railroadman's daughter who majored in journalism and minored in history, I came to Griffith in 1976 after marrying my husband, Alan. My arrival coincided with town's efforts to save the last of their three railroad depots to turn into a museum.

Griffith is also where my writing bloomed, thanks in large part to my work with the museum. My first published book, THE CABOOSEMAN'S GARDEN, was kindled by stories told to me by Griffith residents. The Historical Park's road caboose is the subject of my picture book, THE LAST RIDE OF THE 503, telling the tale of of a caboose that no longer rides the rails.

Inspiration for my middle grade historical novel, FOR LOVE OF IVY, grew out of my research for the museum. More about that story on my Books page.

As a child, I moved around a lot, due in large part to my father being a railroader, but once coming to Griffith, I never moved again. Instead, I put down roots and bloomed. 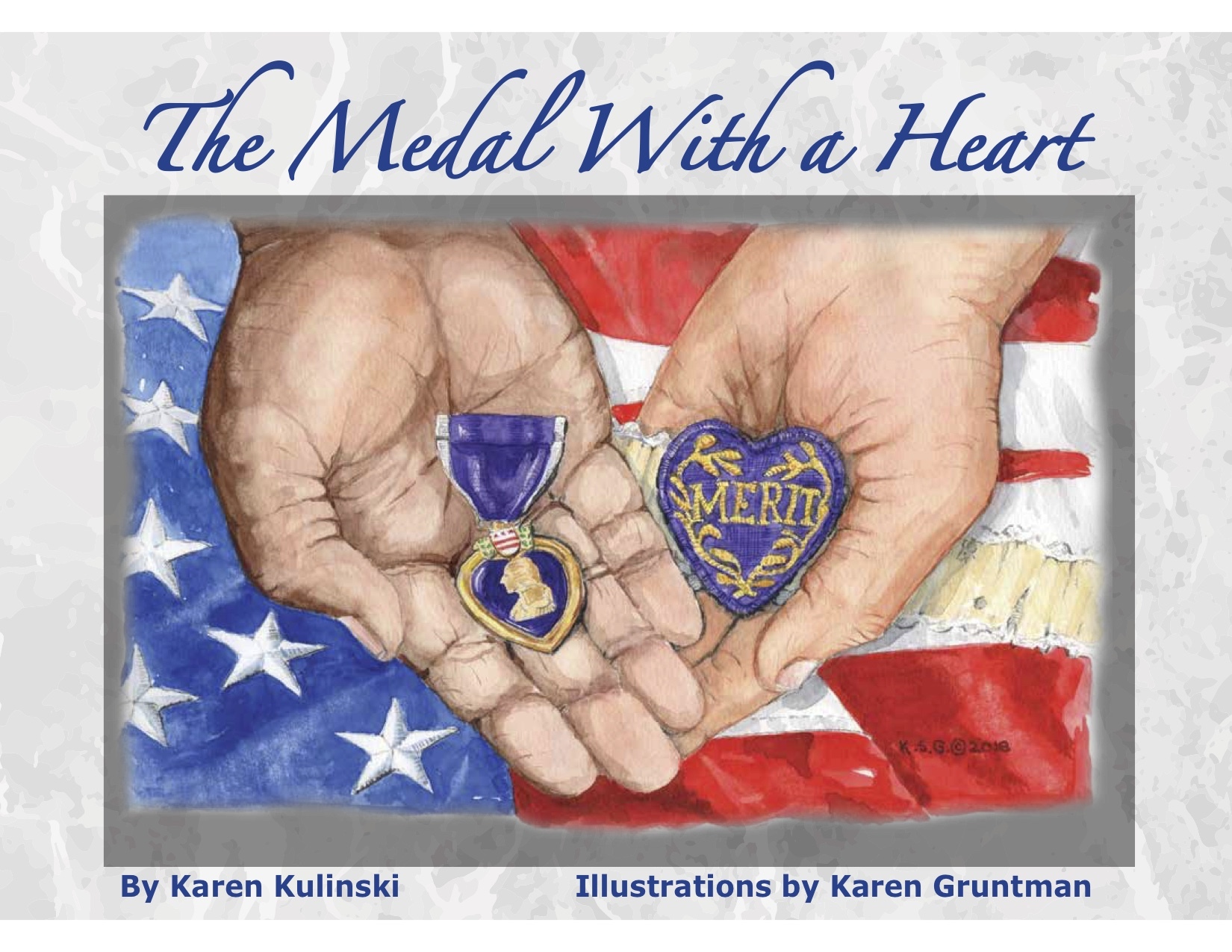 THE STORY OF THE Purple Heart

THE MEDAL WITH A HEART has been nominated for the Society of the Daughters of the Amercian Revolution Excellence in American History Book Award for Children! Thank you to the William Henry Harrison Chapter, Valparaiso, Indiana, for making this happen.

My publisher offers a special personalized version of my book, THE MEDAL WITH A HEART. A Purple Heart recipient's photo and biography is added opposite the last page of the story. A sample page is shown below. To order the book, go to my publisher's website, mtpublishing.com