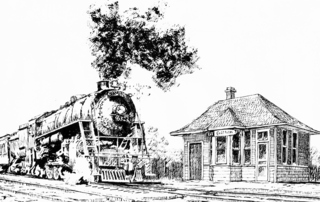 AND HERE'S THE DEPOT! 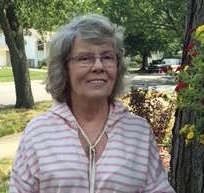 A BIT ABOUT ME

I am a lover of history and am the curator of that Depot pictured above, which is now approaching 110 years old.

There's an old saying, "Bloom where you're planted." And I bloomed in Griffith, Indiana. Chicago, Illinois is my birthplace -- but Griffith is my hometown.

I grew up as a railroad man's daughter riding trains even into my college years at the University of Illinois, where I earned a bachelors degree in Journalism and Communications.

I came to Griffith in 1976 after marrying my husband, Alan, who already lived there. My arrival coincided with town's efforts to save the last railroad depot -- at one time one of three in Griffith -- and turn it into a museum.

My four sons grew up here and put down their own roots in Griffith, or very nearby.

Griffith is also where my writing bloomed, thanks in large part to my work with the museum. My first published book, THE CABOOSEMAN'S GARDEN, was inspired by things I learned from Griffith residents.

And inspiration for the historical novel my agent is subbing now, SAVING IVY, grew out of my research for the museum. Another of my books, HAUNTING MOM, a contemporary middle-grade novel, is set in a small town reminiscent of Griffith.

As a child, I moved around a lot, due in part to my father's railroad job, but once coming to Griffith, I never moved again. Instead, I put down roots and bloomed.

My publisher has just partnered with the Military Order of the Purple Heart Service Foundation to help promote THE MEDAL WITH A HEART!  In return, the Foundation will profit from every book sold through their efforts.

They are offering a special memoralized version, of my book, in which a Purple Heart recipient's photo and biography can be added across from the last page of the story.  To order the book, go to my publisher's website, mtpublishing.com 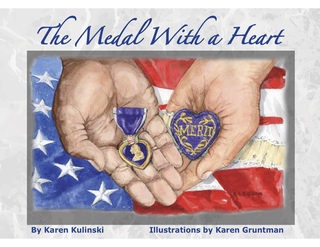 THE STORY OF THE Purple Heart

Here's my new historical picture book, THE MEDAL WITH A HEART!

Every medal tells a story -- of bravery, hard work, great achievement. But few people know how one of America's greatest military awards, The Purple Heart, came to be. THE MEDAL WITH A HEART tells this story, and it begins in 1782 with George Washington and the Revolutionary War...